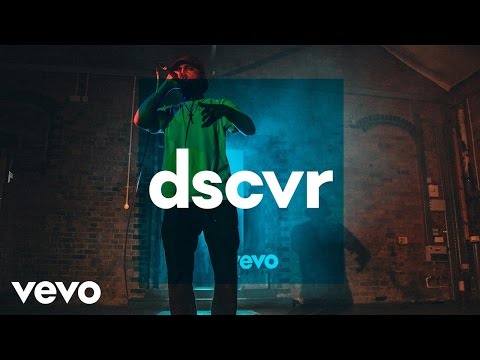 I never saw none of this coming
Let me press rewind and go back three years
I was on my arse, never had nothing
Sitting in the whip with paper, saying to myself
If I don't get paid, I'mma grab something
Or rap something, it don't matter, gotta have something
If I don't see money by the end of the week
I'm getting a number and I'm pressing on that button
Call's gotta get made
Not a shotta but the food's gotta get weighed
I don't wanna serve [?] gourmet
But luckily for me it never went that way
I ain't gonna lie, I felt stressed that day
I had a lot of shit sitting on my chest that day
If I never went road with [?] that night
Definitely could've went deaf that day
Started off back then with a few evenings
Never came too tough, then it got frequent
Didn't think I was gonna go nowhere
I weren't the best back then but I was decent
Back then, every other night was a late shift
But I weren't spitting, I was battling my demons
Hating myself like I weren't going nowhere
Spent too many years underachieving
Till I said fuck that, I don't wanna be this
Life haffi get lift, that's the remix
I ain't the type for waiting on hand-outs
Even in a time when I felt defeated
I'm from the era of Déja and Myth
With D Double, Esco, Wiley and Demon
Basically, what I'm tryna say is that I come up in a time
Where I couldn't ever show man a weakness
Check the thesis

Wait
And I ain't gotta explain none of my reasons
Dem man should've heard when I was speaking
Got a new ting called pepper on steak
But I'm still going on raw like it's not seasoned
Foot's inside door now, I'm not leaving
Yes, Jammz is sick, but I'm not heaving
You can't compare man, we are not equal or even
Don't care what you believe in
Better tell donny wake up, stop sleeping
How can a man try and slander my name
When it's live and yours sounds like it's not breathing?
If you wanna hate, then it's gonna be a rasclart madting
When your machine starts beeping
Carried on when I got told "stop dreaming"
And now it is underdog season, I went from
City to city, from town to town
But I'm a local lad, I was raised in the manor
Back in the day, we played Kane in the manor
Ten years later, I'm travelling all over England
Supporting Made in the Manor
But your CD don't get played in the manor
If you fast forward another ten years
Then I'll be known as one of them greats in the manor
So chill out, you think you're big out
But them tunes that I heard don't sound trill out
And if I drop a banger in any one of the seasons
You ain't seeing summer, autumn or spring out
Let alone winter, Jammz, I'm a ninja
I'll do it on the sly and then take your whole wing out
So if you call me and I let the phone ring out
It's not cause I'm airing, I'm too busy tryna be a rasclart king out

Trust me, fam
Class of 2014
Big up all of my 2014 late shift warriors, yeah?
Real serious problems, cuz
Right now, it's underdog season, yeah?
This CD's for anyone who ever had to work hard for anything in life, bruv
For your whole entire fucking life, you get me?
Big up all the grafters
Dun know