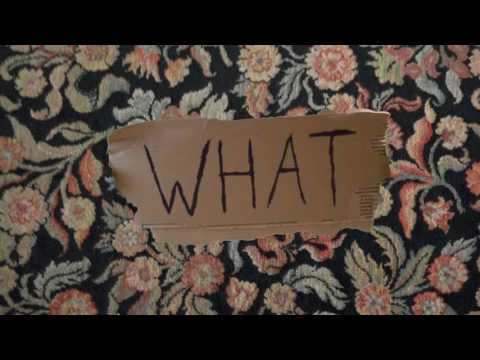 And I'll pour down my gullet to nullify the sullenness
If it's my destiny to kill me spill it in me
To begin to fulfill it give it a couple of minutes until it hits
But still it doesn't seem to be taking effect
I'm still walking erect, what the heck? what the hell?
Well at least I paid the guy with a cheque

And it played, and it played, for such a long time
And then a voice said "we'll be with you soon, just stay on the line"
But just at that second my neck broke out in a sweat
I said "I bet this is it - the poison's starting to hit"

I felt sick and in pain, I dropped the phone to the ground
And an operator came and said "can I help you now?"
But all that she could hear was just the sound of my death as I gasped into the set
"Just let the guy cash the cheque" with my last rattling breath

So what if I just couldn't take it anymore?
I'll just take the decision to walk on the bridge and try to fly like a pigeon
And I tramp up the ramp and all the bicycles pass
And I just can't help but laugh when I think back on my past
And all of the retarded mistakes that I made
The broken-hearted dismay that started from the first grade all the way up to today

And the walkway is steep, and the cars are all beeping
And the people are sailing to wherever they're sailing
And I'm climbing the railings

I plan to stand and decide, but I just slip and I dive
And all the drunks on the side start to hold up their signs -
Mostly 7s and 9s, but now and then is a 10

And if I fell to earth I'd be dead that's for sure
But like I said before it's only water
And it's worthless 'cos it isn't on purpose, but I bob to the surface

But a large garbage barge comes
And it drops 20 tonnes of toxic waste on my face
And as I sink from the sun to whatever's to come
My last sight is the Bums who all change their signs into 3s, 2s, and 1s

And then after this discourse, there's a 3.6 - of course it must be from Pitchfork

So what if I just couldn't take it anymore?
Staring down at the floor, staring up at the ceiling
'cos I never get used to always feeling so unglued
Need new emails to read through while I eat old Chinese food

I don't want a life that's like this, just take a knife to my wrist quick
All I've got is this chopstick but I could still make the plot thick
Just for the sake of context if I break it with my fist
For fun against my chest run into the wall next

And I'll frown at the gash, then lie down in the bath with some Sylvia Plath
How many pages will pass until I'm facing my last?
I didn't major in Math so I won't wager no cash

So what if I just couldn't take it anymore?
I'll just call up the Mob and say
"I've got you a job, I guess you know what to do
Knock off this guy with the blues - an offer you can't refuse"

And I'll fax them a contract through a third-party contact that says
'Don't hold him for ransom, I'll pay half in advance
Just mail me one of his hands which I'll accept as your answer'

So say it so happens:
I happen to be out lying on a park bench and crying just like my normal way
But in most former cases no-one comes out of no place
Wraps masking tape on my face
But that's what happens today

But before I get knocked off, my hand it gets chopped off
And dropped in a mailbox
And I'm locked in a trunk
But I'm flung out on the tar when the car hits a bump at exit one twenty-five
Out on the FDR drive

I get a minute of rest, and isn't this interesting
Here comes the UPS man, the package ain't hard to guess
But I gotta sign with my left-hand